Merry March! As you may already know, March is Women’s History Month. This month, we celebrate the innumerable accomplishments made by women throughout history, and we honor our femininity as the great force that it is. You know much about Susan B. Anthony, who fought for women’s rights and suffrage, Hatshepsut, Egyptian leader who took on the role of a king, and Elizabeth I of England, for whom an entire age was named, but I’d like to put the spotlight on some contemporary females who are accomplishing great things on their own two female feet. 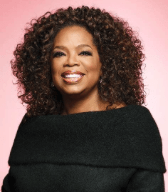 Someone familiar who comes to mind is Oprah Winfrey. While she may appear to be strictly a TV personality who has a massive book club and gives away cars, her influence has awarded her the Presidential Medal of Freedom and an honorary Harvard doctorate degree. Oprah Winfrey is one of the wealthiest African-American women in history, and she got that bread on her own!

You may recognize Malala’s name and face from her 2013 memoir I Am Malala: The Girl Who Stood Up for Education and Was Shot by the Taliban, but not many know what $$exactly sparked her flame; the Pakistani teen was shot in head by the Taliban for trying to acquire an education. She miraculously recovered, and she lives to advocate for education and female empowerment. Malala is the youngest recipient of the Nobel Peace Prize, which she earned in 2014 at the age of 17.

Angela Merkel, someone less familiar, is a German politician who became the first female chancellor of Germany in 2005. Merkel was the leader of the centre-right Christian

Democratic Union (CDU) from 2000 to 2018 and was dubbed the most powerful woman in the world by Forbes in 2018 and “leader of the free world” by Times of Israel in 2016. She has earned her place in politics by landslide after landslide and will continue to make history as a female world leader.

Besides these amazing women, there are hundreds of other women that I know personally, who deserve to be acknowledged for all that they do to make this world a better place. Starting with my mom, my sisters, my daughter, aunts, nieces, mentees, girlfriends, colleagues and women who have blessed me by being part of my foundation. They are selfless, hard-working, passionate, resilient, and smart.   I encourage you to acknowledge all the women in your life.

Women supporting other women….that’s truly how to live a SASSY life!

Updates Aren’t Just for Your Smartphone – Stop Pressing Snooze on Your Life 2.0
April 11, 2017